With the exception of the 2km & 1km runs, all three events are conducted by way of knock out rounds, semi finals and ultimately a final.

The beach sprint and beach relay events are straightforward races over the relevant distance. Up to 10 competitors per race can start with the winner being the first person whose chest crosses the line. In the beach relay, team members are expected to exchange a baton (usually a small length of garden hose) at the end of each leg. 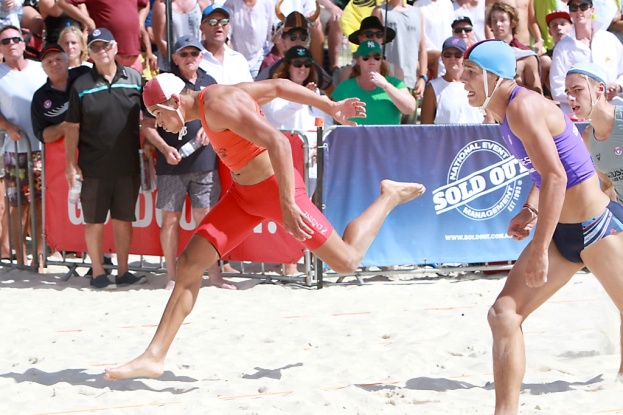 The beach flags event requires competitors to lay on their stomachs facing away from a series of “flags” (short pieces of garden hose) placed in the sand. On the sound of a whistle competitors stand up, turn and race to collect one of the flags. The number of flags available will generally be one less than the number of competitors involved though in some instances, if there a large number of participants, more than one person may be eliminated at a time.

Races cover a distance of approximately 15m for U8 to U14 & Masters competition and 20m for U15 to Opens.

These long distance events are soft sand races which are determined on first past the post basis. Race distances are 2km (U15 to Opens & Masters) & 1km (Masters 64 +). 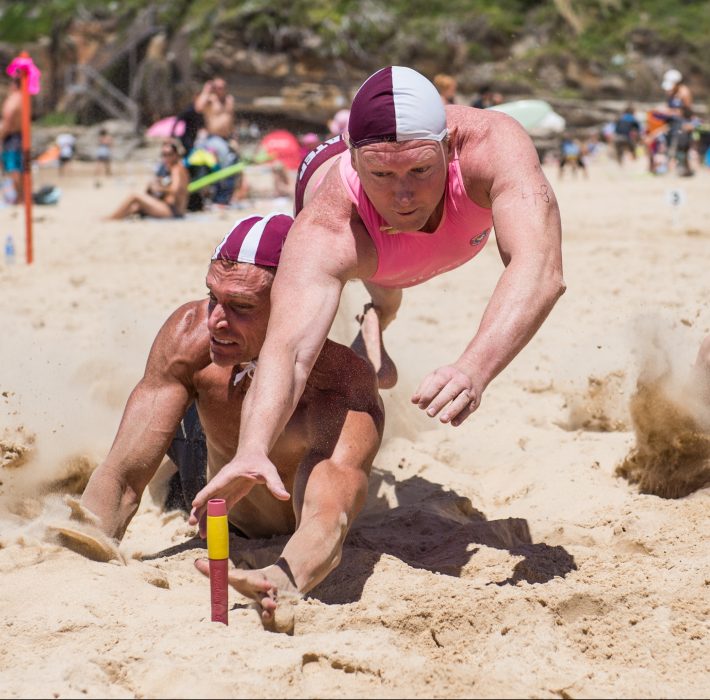 The beach sprint and beach relay events have been conducted at surf carnivals since the earliest days with both events making their debuts at the Australian titles in the 1919-20 season. Apart from the introduction of electronic timing in recent times, little has changed over the years with the successful competitors still being those who can run fastest over the soft sand.

Beach flags were introduced to the Australian titles after the 2nd World War and now feature as one of the most high profile events at the championships. Apart from a change of title from “musical flags” to beach flags, little has changed in the event since their introduction.

The 2km & 1km beach runs are only recent additions to the beach program, having been introduced in the mid 2000’s.

After the 1920s, success in the beach sprint and beach relay events remained elusive until the 1980s. Between 1981 and 2005 a succession of champion sprinters including Michael Gedz, Clayton Kearney, Gary Theodore, Michelle Garnett, Emma Lincoln-Smith & Sam Kiely won a multitude of Branch, State and Australian championships representing the club.

The 2km beach run is a relatively new event but the club has still managed to produce Australian champions with Christian Bate successful in the U15 event in 2005-06 and Peter Jacobs winning the Open event in 2006/07.

In the junior activities section, the club has produced many Branch & State champions over the years across the full spectrum of age divisions and events.

The club is currently in a re-building phase in the senior section.

In the juniors, the club has an active beach program under the guidance of head coach and 5 time Australian champion Michelle Nunura. During the 2018/19 season the juniors won numerous medals at the Branch championships while at the State, the club won the All Age Relay,and Joshua Gedz won the U14 sprint. Silver & Bronze medals were also won across the spectrum of beach events from U9s through to the U14’s. Leela Scott, Artie Leper, Joshua Gedz, Stefanie Fejes & Mila McGettigan were members of the SNB Branch team and, along with a number of other club members, also members of the SNB High Performance Beach Squad.

To undertake any of the beach events, you need to be at least moderately fit. The beach sprint requires an ability to undertake a number of sprints over a relatively short period of time while good reflexes are also be a useful attribute for the beach flags event. For the 2km & 1km beach runs, stamina is an essential. 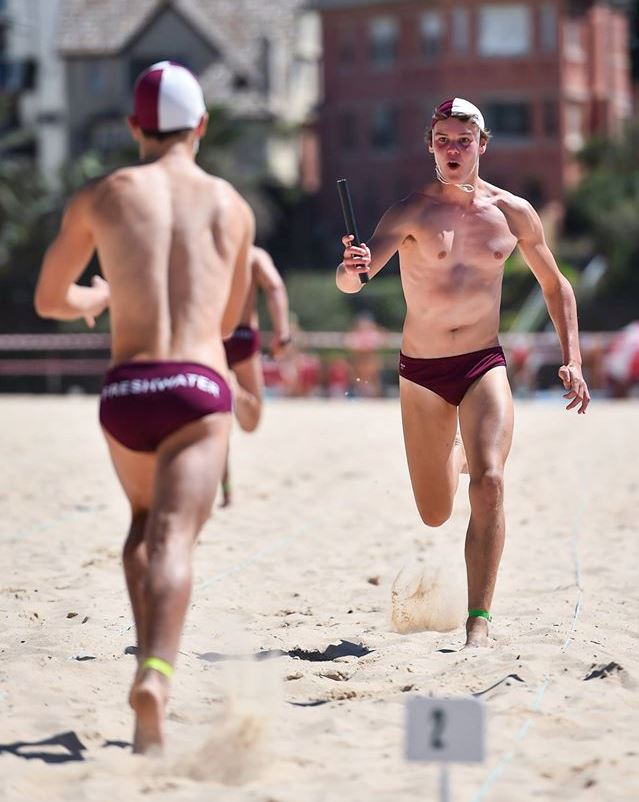 The club currently conducts specialised beach sprint sessions for members once a week though this is likely to increase as the season progresses. During the winter months this session is held at the Narrabeen Sports Academy. As the season warms up, the sessions increase and also occur at the beach. The sessions generally last for about an hour and are focused on the beach sprint, beach relay and beach flags events and on improving the techniques required for each.

The club competes at a number of local carnivals throughout the season in both junior and senior competition. The junior carnivals (3) are held on a Sunday and beach events generally commence at about 9am though it may vary from carnival to carnival.

The senior carnivals (U15 – Opens) are held on a Saturday with beach events generally commencing mid morning and concluding early afternoon. Again this may vary from carnival to carnival. The same applies to Masters events (30+). Masters carnivals are generally held separately to senior carnivals and timing can vary depending on the arrangements made by the host club.

The beach sprint, relay and flag events are conducted at all surf carnivals. The 2km & 1km beach runs are generally only held at championship carnivals.

If I do beach events can I compete in other events as well?

At championship carnivals, the capacity to do both land and water based events at all carnivals can be limited depending on the timetable.

If you are interested in competing in any beach events or would like further information about competition and training, you should contact Scott Morrison (Seniors) at sport@freshwaterslsc.com or Paul McGettigan at chairman@freshwaterslsc.com (Juniors).