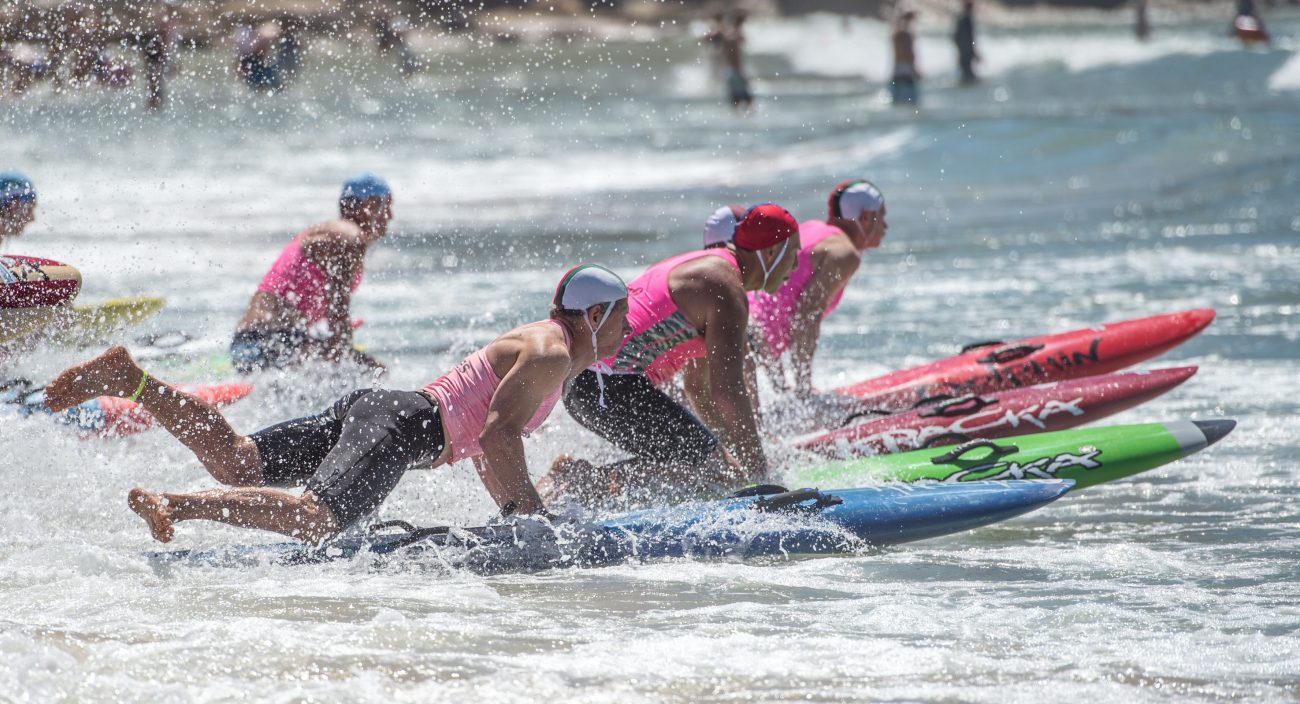 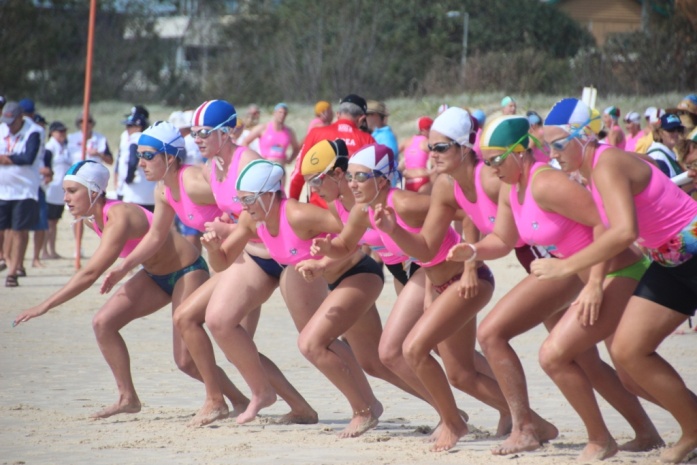 Lifesaving Competition consists of three separate events. They are –

The Champion Lifesaver event is an individual competition which combines physical, theoretical and practical elements. It is conducted in U15 – Open (male and female) and Under 40 and Over 40 (male and female) Masters’ Divisions.

The physical element involves a beach sprint, board race, surf race and tube race with flippers. All events are held over the standard distance applicable for each race. Points are awarded out of 10, depending on where you finish. First place receives 10 points, 2nd place 9, 3rd 8 points and so on down to 1 point.

The theoretical element involves undertaking an exam paper consisting of 40 multiple choice questions. The questions are based on the current training manual. Each correct answer scores a point.

The ultimate winner is the person who scores the highest combined points after completing all three elements. A perfect score is 120. 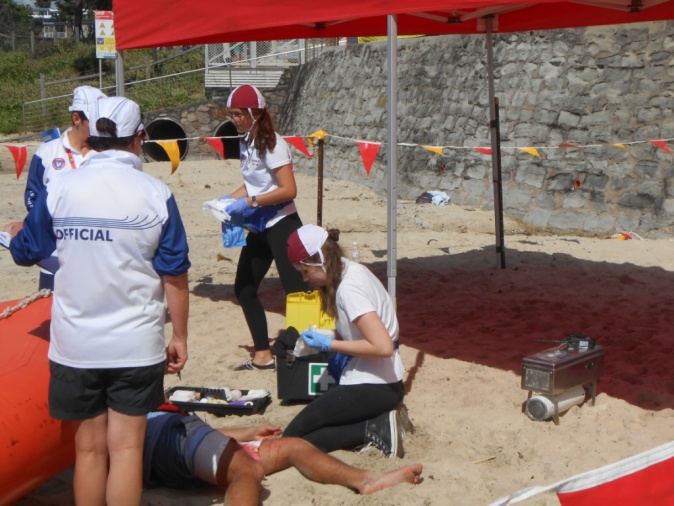 This competition involves 2 team members having to respond to a simulated accident scenario within a set period of time which varies depending on the age group. U15 & U17 events are staged over 8 minutes while U19 and Open are over 12 minutes. The delivery of first aid is assessed against the SLSA First Aid standards.

The scenarios incorporate props and volunteers who play the part of accident victims. Teams are required to examine the victims, provide a diagnosis and then provide treatment using materials from their first aid kits.

Teams are assessed against a set criteria and awarded points depending on how they perform against the criteria. The highest score wins the event.

This is a team event consisting of 4 members in the U17 division and 6 in the Open. It has four separate sections incorporating physical skills, theory, resuscitation (each worth 20 points) and a scenario (40 points). To compete in the event you must be a proficient Bronze Medallion and ARTC holder. There must also be at least one proficient IRB driver and crew member. Team members draw for positions prior to the start of competition. Positions can be both water based (e.g. tube rescuer or board rescuer) or land based (eg. CPR operator, ECC operator).

The following events make up the competition –

The three events that make up Lifesaving competition are relatively new to surf sports, having first commenced in the 1981 (First Aid), 1986 (Patrol) and 1997 (Champion Lifesaver). Since that time they have grown in popularity and many clubs now enter competitors in all three events. 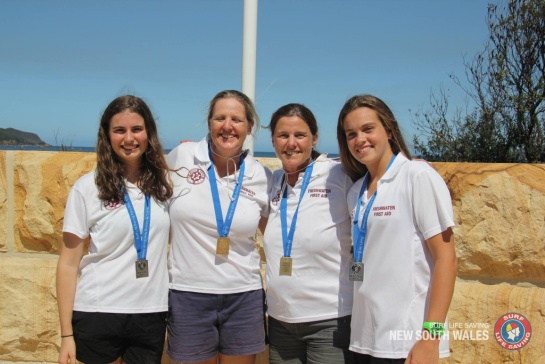 For the 2019-2020 season the club hopes to expand this area of competition. Anyone wishing to try out is more than welcome. 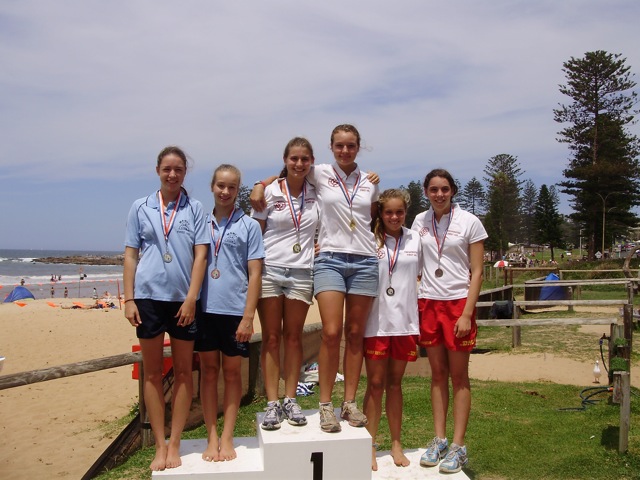 To compete in the Champion Lifesaver & Patrol competition events you need to be of average to above average fitness to cope with the physical elements of the competition. You will need to be able to negotiate the surf both as a swimmer and a board paddler.

Training requirements will vary, depending on which event you wish to undertake. Champion lifesaver and patrol competition will require practice of resuscitation drills on both a live patient and the manikin. Training will generally commence after Christmas and involve 1-2 sessions per week of approximately 1 hour. Patrol competition members will also need to practice various scenarios on the beach. These sessions will last about an hour and will be in addition to any resuscitation training.

First aid competitors will need to be familiar with SLSA first aid techniques and set aside time to practice various scenarios. A weekly session of approximately 1-1.5 hours per week would be the usual commitment.

As championship carnivals approach, there may be a need to increase the number of the practical training sessions. Members would need to also factor in any swimming or board training for those events which have a physical component. Members competing in champion lifesaver and patrol competition also need to set aside time to become familiar with the SLSA training manual in preparation for the theory component of those events.

Competition in lifesaving events is available at some local open and lifesaving specific carnivals as well as the Branch, State and Australian Championships.

Though the number of teams competing is generally small, the nature of the event means you can expect to be at the beach for a number of hours. At Branch championships, the theory papers are generally held on a separate day to the physical and scenario based events.

Branch and State Championships are open to all comers. To compete at the Australian Championships you need to come in the first two or three at State depending on the event.

If I compete in Lifesaving competition can I do other events?

For the most part there is no impediment to you competing in any other event at the carnivals. Lifesaving competition is not normally held at local open carnivals and at Championship events are generally held on separate days to other competition.