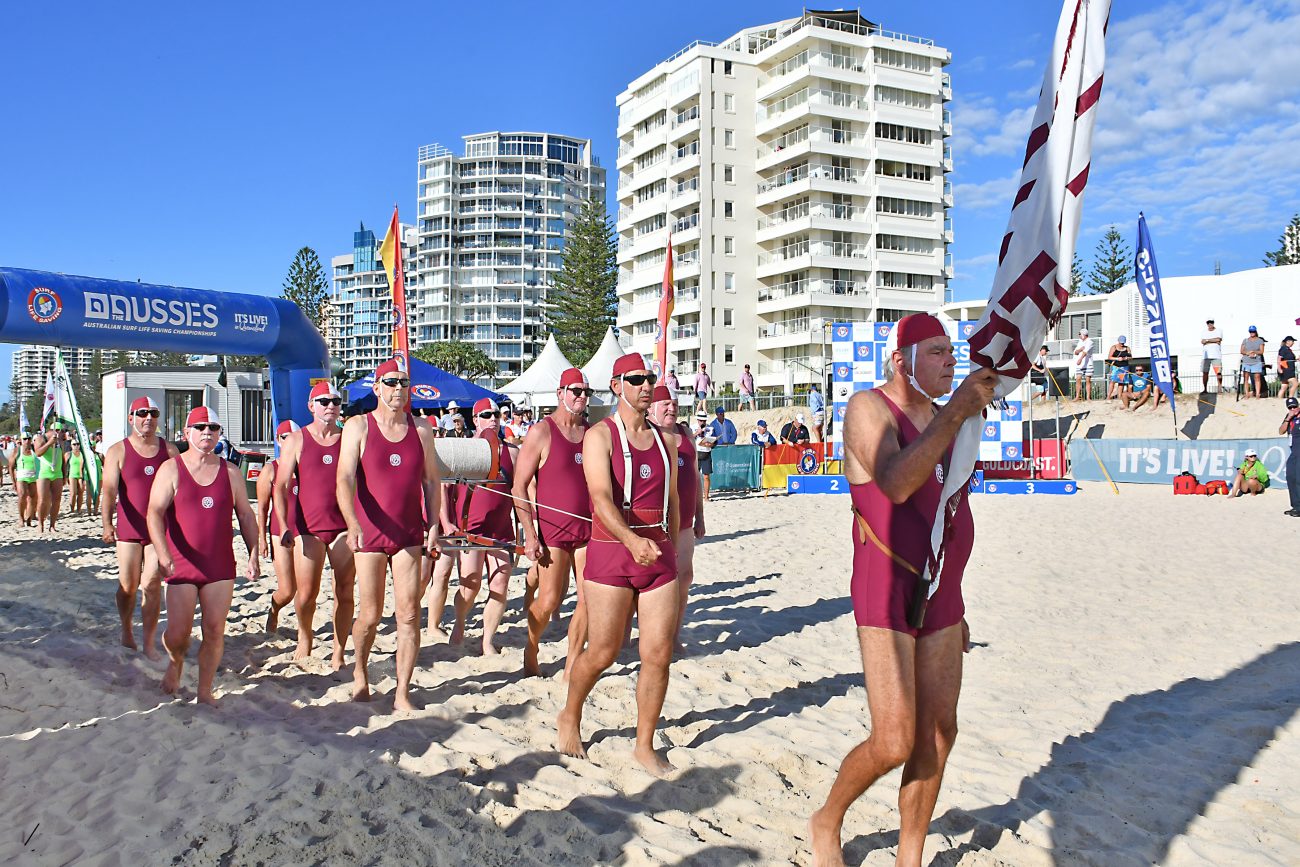 March Past at Freshwater SLSC

The March Past event involves a team of 12 people marching in formation around a set course in time with music. The team includes members carrying a reel, wearing a belt and carrying the club’s standard (flag).

History of March Past

The March Past is an iconic event within the surf lifesaving movement. It has been part of surf carnivals since the earliest days and originally consisted of teams of 20. The March Past is an example of the significant impact returned servicemen had on the development of surf lifesaving and competition in the early days.
In past years, clubs were not able to compete at carnivals unless they fielded a March Past team or someone marching with the club standard. As the teams were comprised of competitors from other areas, carnivals used to stop while the March Past event was in progress. Old footage of the lifesaving movement will often feature march past teams in action.

While the event remains popular, it no longer features as prominently at surf carnivals. 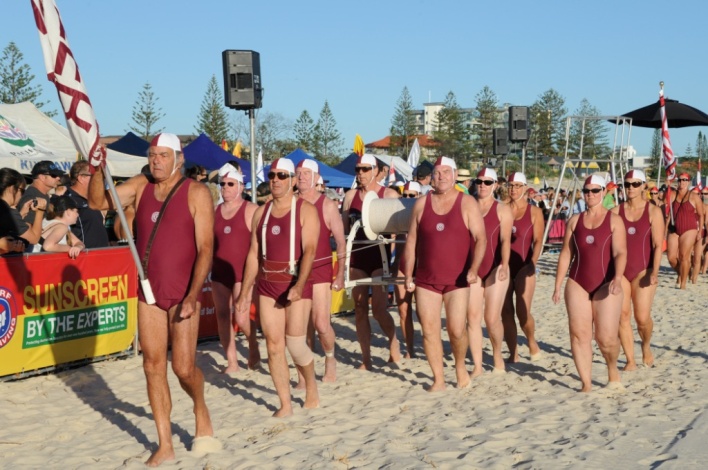 March Past at Freshwater

The club has a long and successful history in March Past competition. While having teams compete at carnivals from the earliest days, it wasn’t until the 1950’s the club experienced its first success at State and Australian level, winning both championships in the 1951/52 season. This commenced the first golden era for the club in the event with teams coached by the legendary Harry Knox winning 5 successive State titles from 1951/52 to 1955/56 inclusive. During the period 1951/52 to 1958/59 teams won 7 Australian medals including 4 gold.

The second golden era commenced in the 1980s and continued through until the mid 2000’s. Teams under SLSA Hall of Fame member Graham Carlisle won no fewer than 13 State titles, 7 Australian titles and a swag of minor medals. The club also won the then U21 Australian March Past championship in 2004/05 and the State Championship in 2005/06.

The 2019-20 season marks 100 years of the march past as a competition event and the club is endeavouring to field teams in as many divisions as possible, with a particular emphasis on forming a women’s team. The club is always looking out for new people to join the section. Anyone wishing to try out is more than welcome. To compete in the Open team you must be at least 13 years of age and be a proficient SRC award holder. 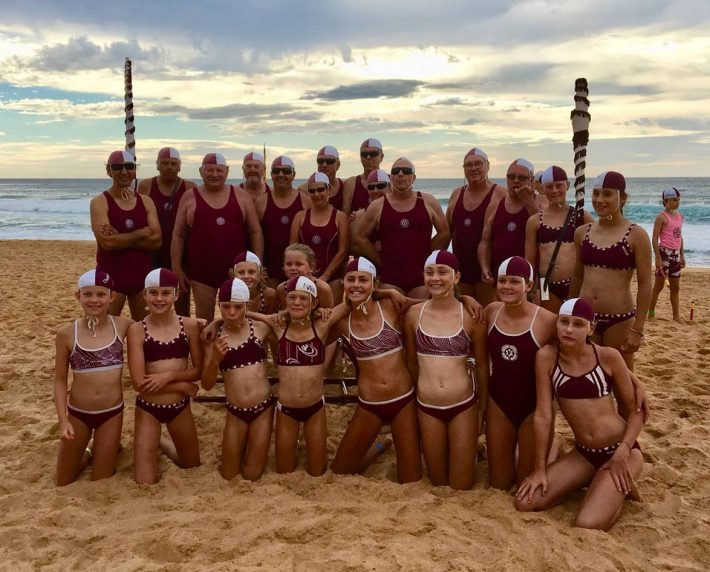 No specific level of fitness is required. You need to be an active person and have the ability to march in soft sand for the duration of the event (about 15-20 minutes depending on the carnival).

Training involves marching to improve individual and team technique and the various movements associated with the event. For the first part of the season, training is usually held once a week at a time which is most convenient to the team members. As the season progresses, training will generally increase to two sessions per week, again a time that is most convenient to the team members. Each session lasts for approx.1 to 11/2 hours.

There are a number of local carnivals held throughout the season, usually on a Saturday. There will be the occasional Sunday carnival as well. The club is keen to see its teams compete in as many of these carnivals as possible. The club has traditionally fielded a team at the Branch, State and Australian championships.

The March Past at local carnivals generally commences at approximately1pm. The team usually assembles about an hour before the start of the event. Subject to any carnival delays, you can expect to be on your way home by 2pm.

If I compete in March Past can I do other events?

Aside from those held at the same time as the March Past, there is no impediment to you competing in any other event at the carnivals.