Rescue and Resuscitation at Freshwater SLSC

R&R is a competition based on the simulated rescue and resuscitation of a patient from the surf using the traditional belt and reel. It combines swimming, resuscitation skills, marching and drill with teams judged against set criteria. 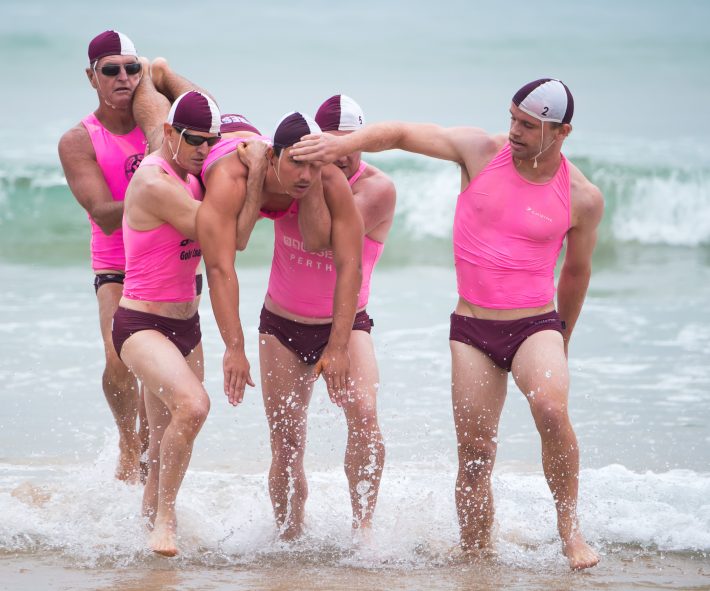 There are three different forms of the event –

Competitors are required to perform different roles depending on their position within the team. Participation in the event requires swimmers to have moderate to strong swimming ability while non-swimmers need to have moderate fitness levels. Competitors in the 2 person and 5 person events (U12 – U15s) are not required to swim.

From the beginning of the surf lifesaving movement until the mid-1980s, the R&R drill formed the basis of the bronze medallion assessment. All would-be bronze medallion holders were required to show proficiency in each of the positions in the 6 person drill.

While no longer part of the bronze medallion assessment, R&R competition has continued to be held at surf carnivals throughout Australia. It is one of only two events that have been held at every Australian Surf Championships since their inception – the other being the surf race.

Originally the only event available was the 6 person, 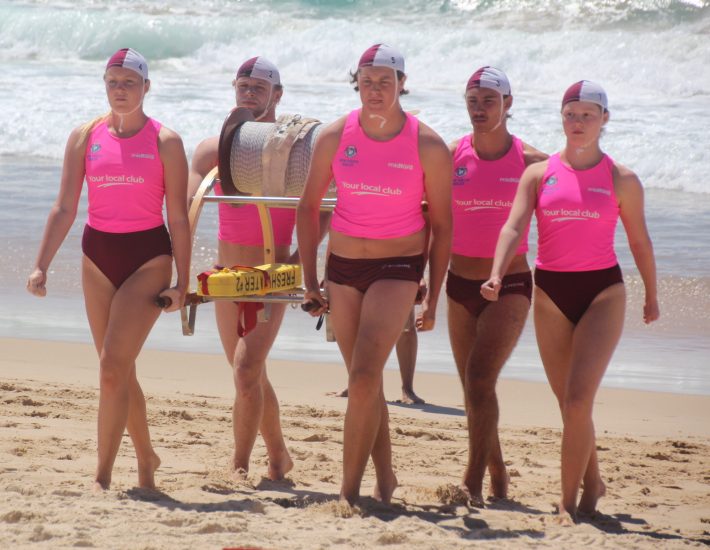 with each competitor’s position in the team determined by a ballot. This meant each of the team members needed to be a strong swimmer in order to be able to swim in the belt. The vast majority of surf race and belt race champions from the past were also members of club R&R teams.

Nowadays the requirement to draw for positions is somewhat limited. Competitors in the 2 person event draw for their positions (patient & rescuer) as do those in the 6 person event (belt swimmer & rescue tube swimmer in one draw and reel operator, 1st linesperson/cardiac compressions and 2nd linesperson/resuce breaths in another). Competitors in the 5 person events as well as the patient in the 6 person are in pre-determined positions.

Though the belt and reel are no longer used in modern lifesaving, the R&R event has continued to be a popular team sport. The two person event is particularly popular for the younger competitors. As the resuscitation element of the event essentially reflects the technique required for both the Surf Rescue Certificate and Bronze Medallion awards, participants are able to transfer the skills they learn from the event to their training for each of these awards.

The club has a long history in R&R and has enjoyed considerable success over the years. From the beginning of inter-club competition, Freshwater has fielded R&R teams in local and championship carnivals with its first State Gold coming in the 1943-44 season. Since then the club has won numerous Branch, State & Australian Championships as well as minor places and has had teams qualify for many State & Australian finals.

The club has a strong history in women’s competition with the club fielding teams in a variety of events from the 1980s. Over the past years, the club has enjoyed particular success in the women’s competition with a variety of minor places being won at both Australian and State level together with multiple Branch championship victories. In 2012 the club’s Open 6 Women’s team became the first all-female team to make the Australian final of that event, a feat they repeated in 2013 & 2014.

For the 2019/20 season the club will be endeavouring to field teams in most of the events available. It is particularly keen to field teams in the junior events. R&R is one of the few competition events which allow family members to compete with each other at all levels and our club currently has a number of families actively competing. While competitive success remains important, the main focus of the club’s R&R section is the dual concepts of “team” and “having fun”.

We are still keen to get more people of all ages involved and welcome any new comers to the event.

If you are a swimmer, you need to be a moderate to strong swimmer depending on whether you undertake the patient or belt/tube positions. For non-swimmers, at the very least a moderate level of fitness is required to cope with the physical demands of reel and line work and patient carries. Most importantly you need to be someone who enjoys the team environment and the camaraderie that comes with being part of a team. Fitness levels are not so important for the junior 2 person event.

While the training demands for each team will vary according to individual coaches and the personal commitments of the participants, you can expect to train at least once per week for 1 to 1 ½ hours. As the championship carnivals approach, you can expect this training commitment to increase to twice a week. Details of training times can be confirmed with individual team coaches. Swimmers would need to undertake their swimming training separately to any team training. The training commitment for the junior 2 person event is generally about 30-45 minutes per week. 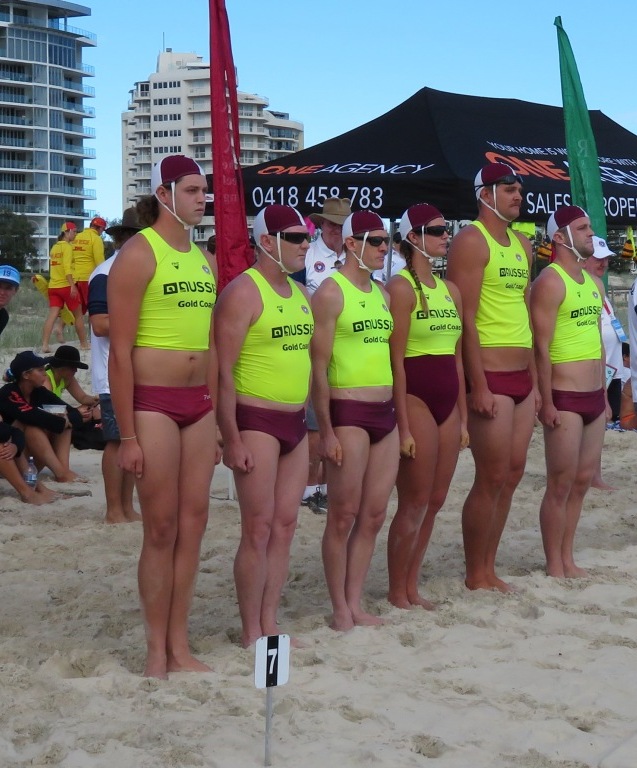 Competing in local carnivals is considered an essential requirement for improvement so the section has a policy of attending as many of the local carnivals as possible. R&R events are generally held early in the carnival program, commencing at approximately 7.30 – 8am. Teams usually assemble at the beach about an hour before start time to warm up. An early start does mean however an early finish and at most carnivals, you will be on your way home by no later than 11am.

If I do R&R can I compete in other events as well?

At local carnivals, generally you can though there will inevitably be some clashes from time to time. For branch championships, the R&R events are traditionally held on a different day to the main carnival so no clashes arise. At State and Australian Championships clashes again may arise and your capacity to do both R&R and other mainstream events will depend largely on the timetable and the ability or willingness of sectional referees to accommodate those clashes.

For nippers, there are generally no clashes at local carnivals with the possible exception of the iron person events. State championships inevitably give rise to some clashes but in the past, most R&R competitors have been able to meet their commitments to other events through arrangements made with sectional liaison officers.

If you are interested in doing R&R or would like further information about senior or junior competition, you should contact Jane Freakley,  R&R Captain, at Jane telephone 0477 753 799.